November 2014 I was contacted by an old client to resurrect a failing network of about a dozen computers and a Windows server.

We built their original network in 2008, including a custom dual Xeon Windows server and all custom workstations. These had all been replaced by another company my client had a “trade arrangement” with. They had recently fired this company and everything went casters up immediately thereafter. Another tech had spent a week trying to resolve the problem with no success before I was called.

We ordered everything new from Dell and set it all up in the conference room so we could build the entire network and configure it without taking a functional business down. We discovered Dell had not properly configured the server. They left out one processor and extra drive cages. We could not get them to tell us when we would have these items, so the business owner opted to send the Dell server back and we replaced it with a big HP server with better specs for less money.

Getting the new system up and running was pretty easy. Once it was all configured, we connected it to the existing network and transferred all data and user accounts, then disconnected and installed all machines where they belonged and set up the printers. This took less than a day to complete.

We also put in a decent antivirus and cleaned up the patch panel / switch room. We also got them on a fiber Internet instead of the old T-1 that was far too slow to get anything done. No one had ever suggested this before. 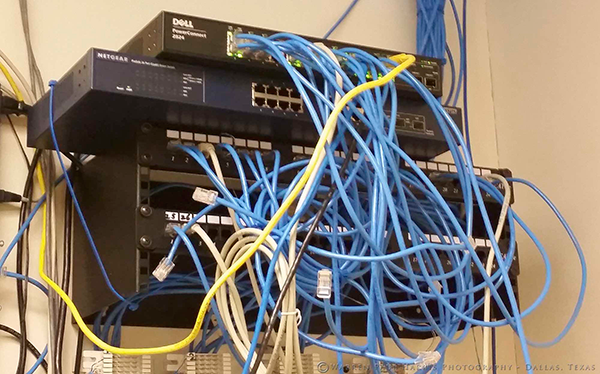 Patch Panel / Switches the way we found them on day one 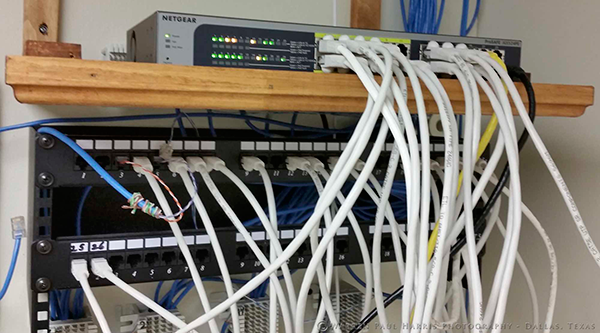 Patch panel and switch when we were done. 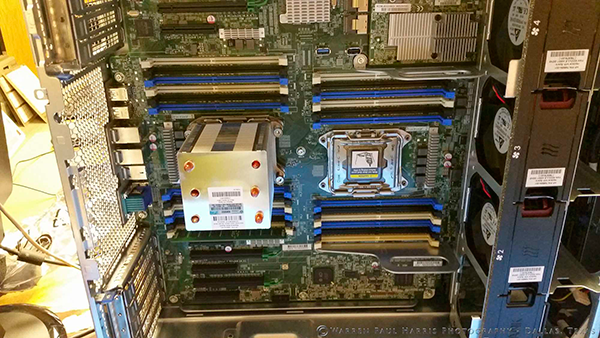 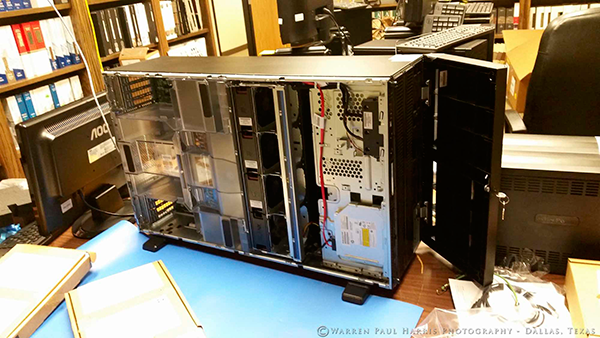 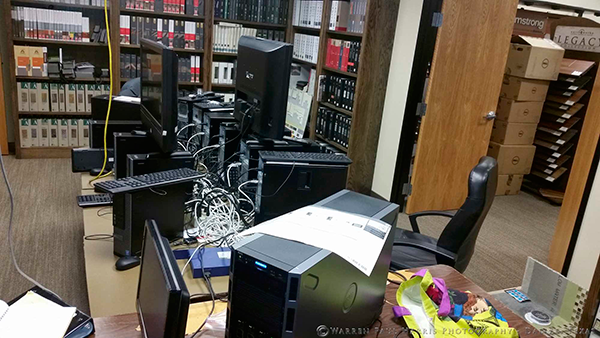 Setting up the new network in the conference room. 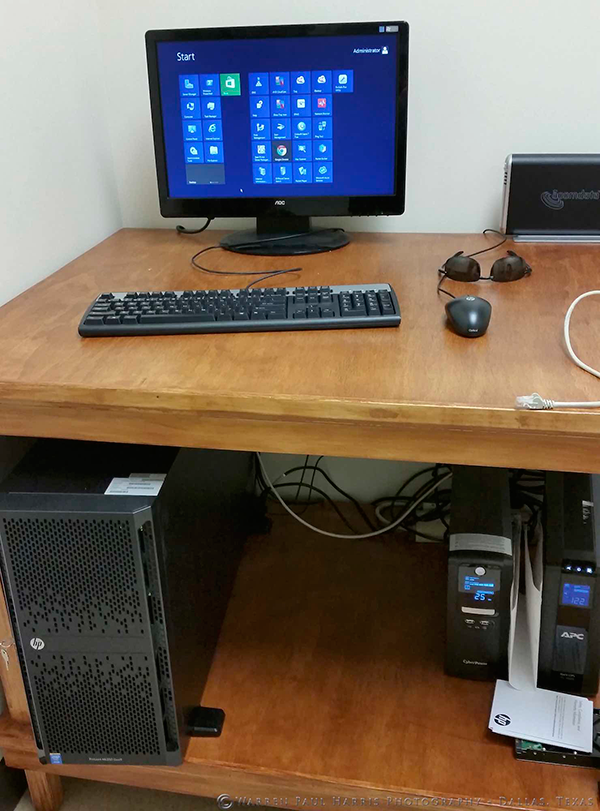 Completed server installation with redundant UPSes. One for the server, one for network hardware. 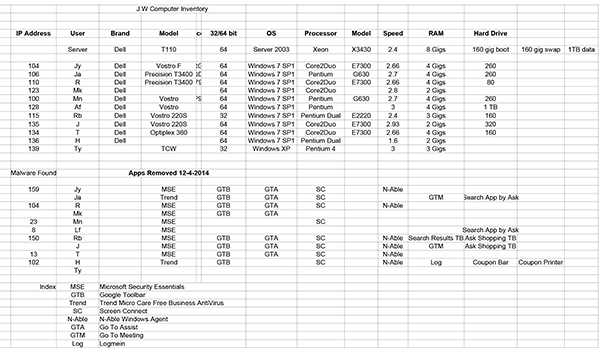