We were contacted in September 2018 by one of the large senior living communities locally.

They had a direct lightning strike to the building and their big screen TV was not functioning normally. Over the course of our evaluation we discovered there were absolutely no surge protectors anywhere in the building and the UPS for the massive TELCO rack had been decommissioned years ago. A brand new UPS was sitting, wrapped in plastic not 16" away from the dead one.

There was absolutely no documentation of the existing network. Additions had been randomly performed over the years. We found an assortment of switches and nests of cable scattered throughout the offices. Slowly but surely we've been replacing bad wiring, removing badly planned additions and replacing fried electronics. When lightning strikes your building you should plan on replacing every single piece of electronics, because you are most likely going to lose it all over a period of weeks or months. Behind one desk we found a 50 foot cat5 cable with both ends plugged into an old Netgear 8 port switch. The power for the switch was connected to nothing. So a nest of cable and electronics doing nothing. We found similar nests behind other desks throughout.

A new switch had been installed in the network rack to replace the one damaged by lightning. The dead one was still in the rack, plugged in, turned on - and a cable from the firewall still plugged into it. No other connections were made to this switch.

We also found a decommissioned Dell server and massive UPS sitting on the floor.

We are making a lot of progress in cleaning up the debris and documenting all the wiring. 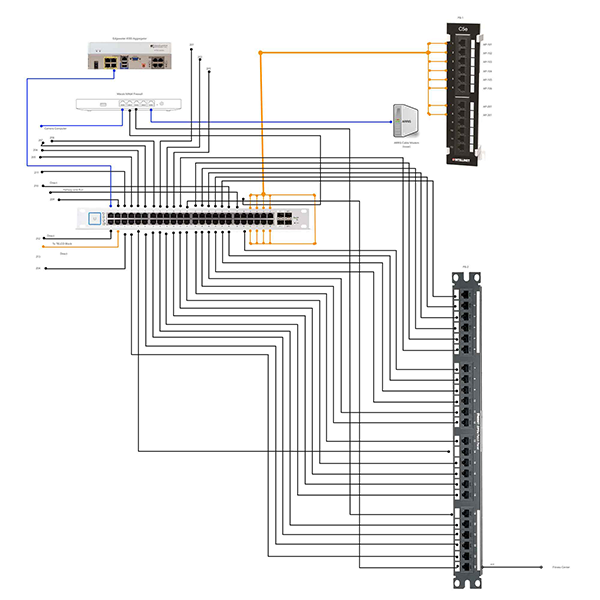 Documentation in progress. Every network should be thoroughly documented. We also create spreadsheets containing all hardware information and port connections.

This is the equipment room the way we initially found it. We are in the process of rewiring with correct length cables and wire numbering all connections. 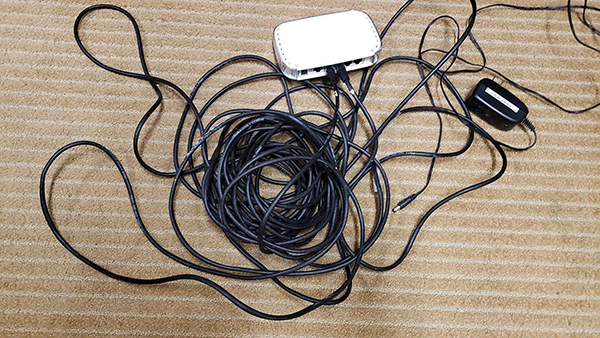 Thiis is the nest we found behind one desk. 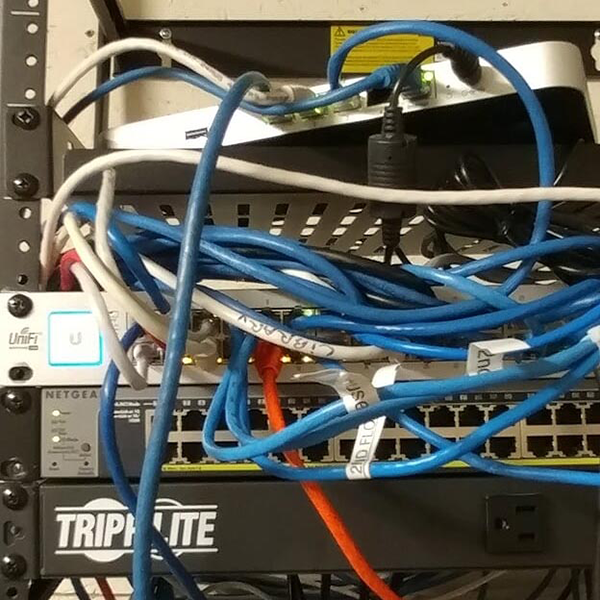 It is very time-consuming to trace connections in a nest like this. We are putting in shorter cables everywhere we can.